If there has been one thing that hasn’t changed for humanity, it’s the urge to discover new forms of entertainment. Whether it be television, board games, or sports, people are always looking for ways to keep themselves from twiddling their thumbs in boredom. Studying varying forms of entertainment throughout history is an interesting way to investigate the evolution of human society through advancements in technology, the development of personal values, and a change in culture. The Kronau Heritage Museum celebrates our past with their displays highlighting how we humans have had fun throughout the years, and asks viewers of all ages to consider how time and culture affects forms of entertainment.

Classic board games are an essential in every family home. We all remember happy moments gathering around the coffee table and going bankrupt in Monopoly, playing detective in a game of Clue, or falling to the floor in knots of laughter after a few rounds of Twister. These board games are examples of ones that have survived for many years, but there are other interesting games that have declined in popularity since their release. At the Kronau Museum, these games are on display, and provide an interesting perspective on the environment in which games are created and how other forms of popular culture affect all aspects of entertainment. Come see the games your parents and grandparents grew up playing!

Sports are an essential aspect to a community, especially in small municipalities like Kronau. On display are real baseball memorabilia used by young players in the early 20th Century. As it does throughout Canada, hockey has played a vital role in the area, supported by passionate players and fans. Curling is a very important part of this community, and Kronau has bragging rights of being the hometown of Kim Schneider and Tammy Schneider, Women’s Curling World Championship silver medalists, members of the Kronau Curling Club. It is clear the significance of sports in this community, as the display reads: “Sports and recreation have always played an important social role in rural community life.”

People have spent an unimaginable number of hours sitting in front of television screens, enjoying their favorite programs. The 1950’s to the 1980’s hosted a vast number of popular sit-coms, which continue to be watched today. Favorites like I Love Lucy, All in the Family, and The Golden Girls mark each era with a stamp of the cultural changes that were occurring at the time. Walk through Kronau’s exhibit on the many television shows throughout the years with your family, and see what shows they remember watching. 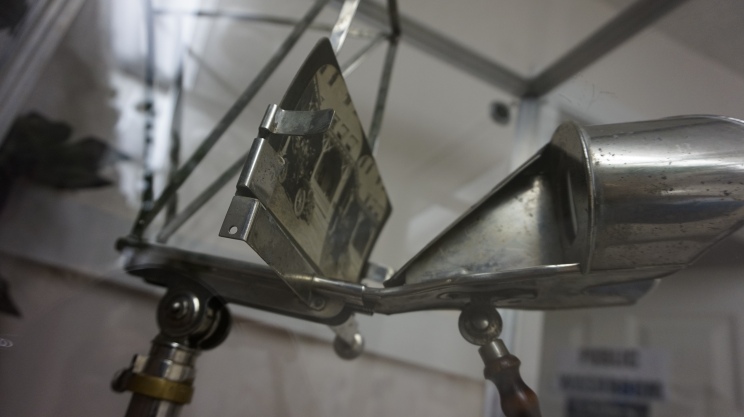 We don’t realize the significance of games, television, and sports on our society until we reflect upon the evolution of entertainment overtime. Looking back at what our parents and grandparents did in their spare time allows us to contrast with our lives today—with new technology such as video games and computer-based entertainment—as entertainment becomes more individualized but still interactive. Come to the Kronau Heritage Museum and see our fascinating new exhibit. This display looks much better in person than it does typed in words, so bring your family and come take a look!